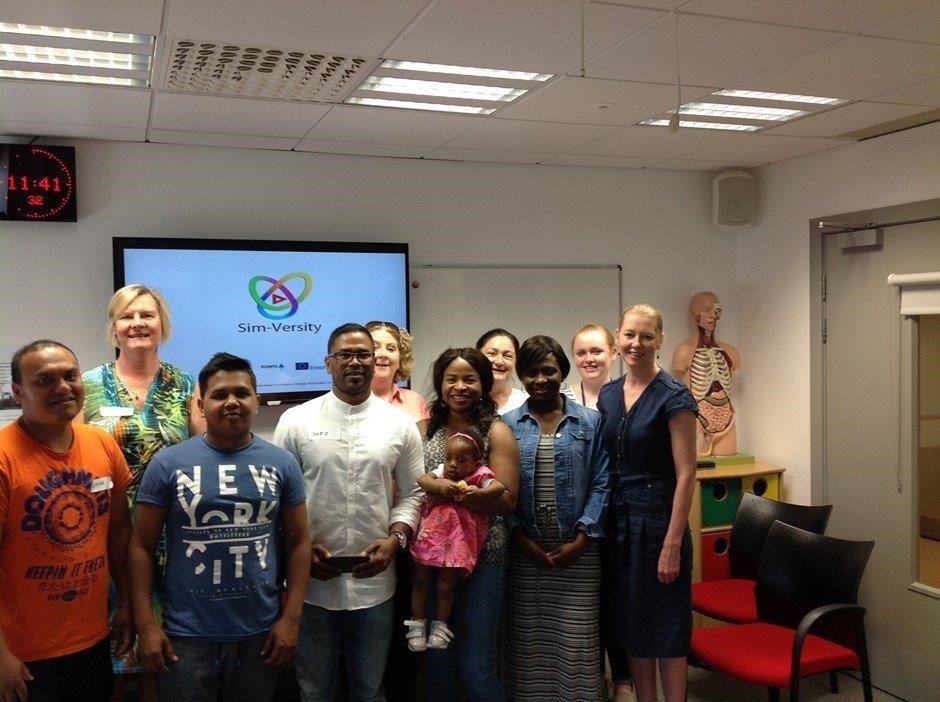 There were in total four focus group / Sim-Versity cafes with the Cork partners held in June and December 2018. These focus groups consisted of: on the first day, discussions with service users who came from diverse ethnic backgrounds including refugees, travellers, people who were of Indian, African and African American origin. All of the group, most notably the refugees were delighted to attend University College Cork (UCC) for these discussions, as they felt their voice and concerns were heard.

The following day involved discussions with Educators and students (from different ethnic groups attending University College Cork). On two other occasions, in June and December, the Cork partners visited halting sites in the City where traveller groups (Irish gypsies) reside and attended women’s workshops where interviews took place. An amount of Information was gleamed from these focus groups, with each group adding their own individual and unique spin on issues of ethnicity and diversity.

There were some great discussions and learning from each other at these events, and all appeared to have interest in the topic. The Cork partners were put to work when asked to give an information session on cardiac health and stress management to one group of travellers following the focus group which they did. The picture below is of one of the focus groups with some service users at UCC in June 2018.